Always get a high-quality image for diagnosis


Printing technology is very simple and easy to use


Ability to store images up to 100+ years

Dry image recording film SD-Q / SD-QC does not require a WET process. When storing and handling film, be sure to observe the following.

Storing and handling unused film:
After confirming that film is packaged, store unused film, like ordinary film, in a cool, dark place (recommended temperature:10-23℃(50-73°F)) where it will not be affected by radiation. If film is stored in a place where temperature is more than 30℃（86°F）for a long period of time, the quality of the film may change. When storing film in a film storage, it should be stored in a place where temperature is not likely to rise.

Our DryView Laser Imaging Films combine the advantages of dry laser imaging with your choice of clear or blue tone images—which provide the aesthetic and diagnostic qualities you expect from Carestream Health. Our blue-tinted film offers a popular cool, black image tone. Reduced glare and light transmission creates a familiar

The SD-Q line of dry laser films are specifically designed for the DRYPRO 800* laser series. The film is thermally processed and does not require wet processing chemistry. SD-QM is designed for mammography applications in the DRYPRO 873 laser imager only.

Konica Minolta SD-P / SD-PC are dry films designed specifically for use with the Konica Minolta DRYPRO family of laser imagers. This thermally-processed film does not require wet processing chemistry. It delivers optimum image quality for all image acquisition modalities.Sharp, clear images are assured by optimized control of image tones for CT, MRI, and other image modalities. SD-PM is designed for mammography applications in the DRYPRO 793  laser imager only. 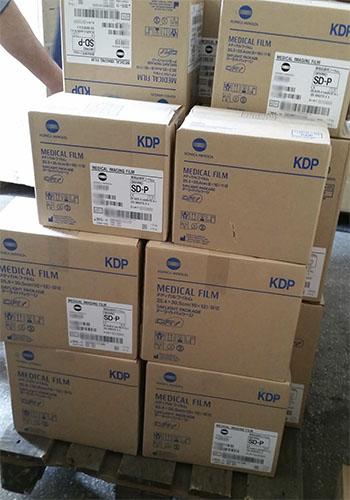 We are always glad to receive your order

Blue Base Dry Imaging Film for Daylight LoadDetails Fuji Medical Dry Laser Imaging Film, DI-HL is designed for use only with FUJI MEDICAL DRY LASER IMAGER DRYPIX PRIMA, DRYPIX Plus, DRYPRIX EDGE, and DRYPIX7000/5000/4000, and is employed in recording the images from...

SONY offers Blue Thermal Film,thermal mammography film. Always get a high-quality image for diagnosis Printing technology is very simple and easy to use Ability to store images up to 50+ yearsType & Models  The Sony UPT517BL Blue Thermal Film Pack is specifically...